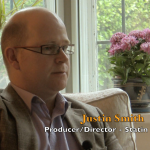 This is the first part of our interview with Justin Smith, Producer/Director of the investigative documentary Statin Nation. In it, he explains the background to his decision to make Statin Nation.

Since we filmed the interview, with the backing of a crowd-funding campaign which reached its initial target in record time, Justin has started to make Statin Nation II.

A few days ago, he published the first intro clip from Statin Nation II, which looks at the new cholesterol guidelines introduced in the US last month.

Apparently, these new guidelines are set to double the number of people taking statin medications.

Coming soon: Part 2 of our interview with Justin Smith, in which he explains why he thinks that there has been ‘consistent misinformation about what constitutes healthy eating’.