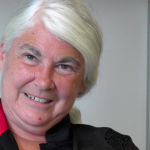 In the ninth part of her interview for You must be nuts, Dr Stephanie Seneff, Senior Research Scientist at MIT, reveals what happened when she tried to get a paper published which demonstrated a causal link between statins and Alzheimer’s.

In December 2009, Dr Seneff wrote a paper entitled APOE-4: The Clue to Why Low Fat Diet and Statins may Cause Alzheimer’s . A revised version of the paper, co-authored with Dr Glyn Wainwright and Dr Luca Masatelli, was published in the European Journal of Internal Medicine in December 2010 with the title Nutrition and Alzheimer’s disease: The detrimental role of a high carbohydrate diet.

Dr Richard Smith, a former editor of the British Medical Journal, highlighted the potential conflict of interest faced by medical journals and the problems of the peer review process in his book The trouble with medical journals. An edited version of its introduction was published in the Journal of the Royal Society of Medicine in 2006.