Two weeks ago, Obhi wrote to the Rt Hon Dr Sarah Wollaston MP, the Chair of the Commons Health Select Committee, to:

“… urge the Committee to investigate what I consider to be the chronic regulatory
failure which has led to the current dietary advice, the medical guidance to doctors and the
near-exclusive allocation of public research funding to commercial medical research,
without any obligation to publish the results.”

On Sunday, an article in the Sunday Express reported that Dr Wollaston had called for drug companies to release all their trial data on statin medications, saying “I’m concerned there may be side effects that have not been reported. Drug manufacturers should release all their trial data on statins so they are available for scrutiny.” Dr Fiona Godlee, the editor-in-chief of the BMJ, has to be commended for having led the calls for transparency of the research results.

As you may have seen from the You must be nuts! Twitter feed, there have been several other interesting developments over the past two weeks. Over in the US, the draft US Dietary Advice 2015 guidelines are poised to withdraw longstanding warnings about cholesterol. Meanwhile, researchers led by Zoë Harcombe concluded that “Evidence from randomised controlled trials did not support the introduction of dietary fat guidelines in 1977 and 1983“.

Unsurprisingly, NHS Choices, which continues to advise against eating cholesterol and saturated fat, quickly denied that this study was important, adding another web page to those recommended for deletion in Annex 1 of Obhi’s letter. Not even everyone at the NHS is convinced by the NHS Choices guidance, it seems. As part of its 100 days of change campaign, leading to NHS Change Day on 11 March 2015, story 32 revealed that:

“the Community Diabetes Team (Dietitians and Diabetes Specialist Nurses) launched a pilot programme of Low Carb Diet Groups, offering education and support for people with Type 2 Diabetes who wished to follow a healthy low carb diet and have the necessary support with their medication changes.”

Perhaps a clue to the reluctance to change the dietary advice comes from the news last week that researchers guiding the UK Government’s anti-obesity campaign had received hundreds of thousands of pounds of funding from the junk food industry. The BMJ published an editorial asking ‘Big food, big pharma: is science for sale?’. The editorial accompanied a 3-part investigation into Sugar’s web of influence (Part 1, Part 2 & Part 3).

It echoes a 2013 article by the previous editor of the BMJ, Dr Richard Smith: Is the pharmaceutical industry like the mafia? The article was based on his foreword to the book Deadly Medicines and Organised Crime: How Big Pharma Has Corrupted Healthcare by Peter Gøtzsche, the head of the Nordic Cochrane Centre.

The BMJ provided an interactive infographic to illustrate the connections between food industry companies/lobbies and members of the Scientific Advisory Committee on Nutrition and the Medical Research Council’s Human Nutrition Research Unit.

This brings us back to the astonishing revelation from Sir Rory Collins that his team would [future tense!] ‘carry out a “challenging” reassessment of the evidence which will include studying all reported side effects. Although the original research looked at the effect of statins on the heart and considered cancer risks it did not examine other side effects.’ Dr Malcolm Kendrick has called for an apology from Sir Rory Collins, who had called on the BMJ to retract two articles critical of statins last year because he claimed they over-stated the adverse effects of statins.

Last year, NICE had recommended extending the scope of statin prescriptions apparently primarily on the basis of assurances from Sir Rory Collins’ team that statins were safe. As mentioned in Obhi’s letter, NICE’s methodology is to carry out a cost-benefit analysis (to “assess whether treatments and ways of managing a condition are good value for money for the NHS“). However, by relying on the recommendations from Sir Rory Collins’ team, NICE’s analysis could not have taken account of the adverse effects of statins.

A more transparent analysis is provided by the NNT (the number needed to treat before 1 patient benefits). Two recent articles in the New York Times highlighted its usefulness: Can this treatment help me? There’s a statistic for that & How to measure a medical treatment’s potential for harm.

For statins, the NNT for patients who do not have heart disease suggests that the harms outweigh the benefits.

We believe the adverse effects of long-term statin medication contributed to the frontotemporal dementia, muscle pains and cataracts of Obhi’s father over at least the past six years. In the light of the news that Sir Rory Collins’ team has yet to explore the adverse effects of statins, it would seem appropriate for NICE to retract all its guidance to doctors recommending statins in primary prevention. Evidently, it has no data to support its positive analysis of statin use.

Thanks to the transparency spotlight of social media, we look forward to a time in the near future when the dietary and medical advice, as well as medical research funding, will be guided exclusively by scientific evidence, rather than by money from commercial interests. We hope You must be nuts! – the business of dementia and Obhi’s letter will contribute to this call.

Meanwhile, we look forward to the world premiere of Statin Nation II in London on 28 February 2015. 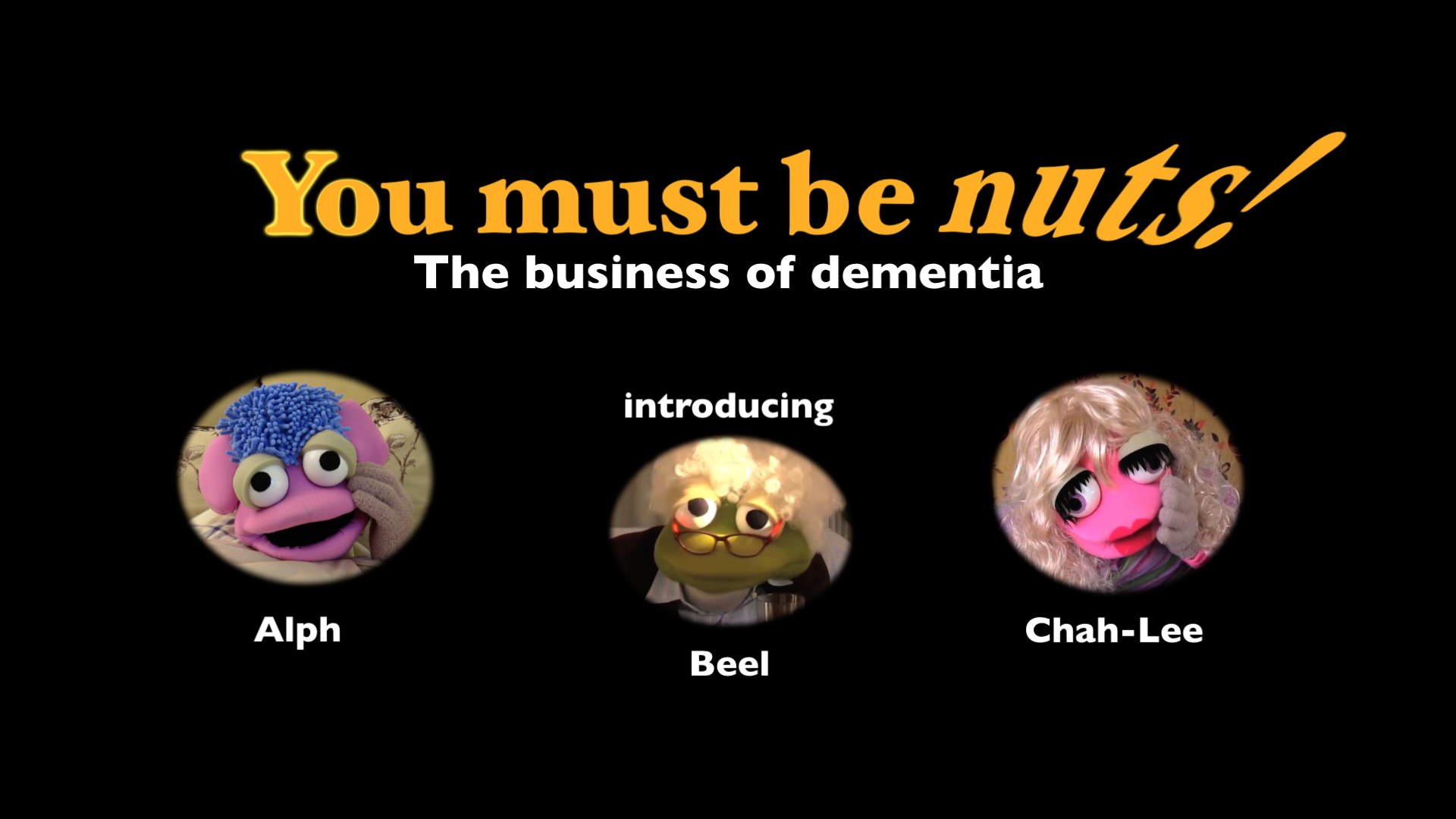 After standing firm against criticism from the food industry of its recent guidance to reduce sugar intake among adults and children to 5%, and from Monsanto for its re-evaluation of glyphosate as

By the end of March, we had completed four interviews for You must be nuts! As I said in my first blog post, health journalist Jerome Burne was the subject of our