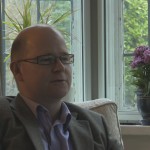 In the ninth part of his interview for You must be nuts!, Justin Smith, the Producer/Director of the documentary Statin Nation, talks about the influence of pharmaceutical companies, the ‘trouble’ with medical journals, the impact of conflicts of interest on the information published about statins, and how both the medical community and the general public have insufficient information to judge whether or not the benefits of statins outweigh the risks.

He refers to the book The trouble with medical journals (2006) by Dr Richard Smith. Dr Smith worked for the British Medical Journal for 25 years (from 1979 to 2004) and was its editor for the last 13 years of this period. According to Wikipedia, in his book, ‘he contends [that] medical journals have become “creatures of the drug industry,” rife with fraudulent research and packed with articles ghost written by pharmaceutical companies. He has also written about the limitations and problems of the peer review process.’

An edited version of the book’s introduction was published in the Journal of the Royal Society of Medicine in March 2006.