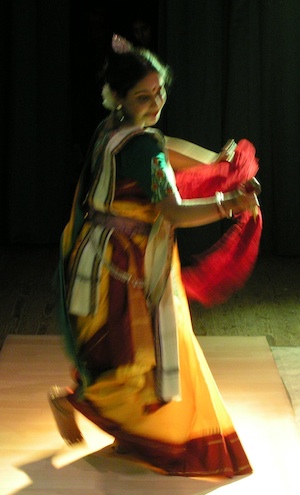 Thou hast made me known to friends whom I knew not.
Thou hast given me seats in homes not my own.
Thou hast brought the distant near and made a brother of the stranger.
I am uneasy at heart when I have to leave my accustomed shelter;
I forgot that there abides the old in the new, and that there also thou abidest.
Through birth and death, in this world or in others,
wherever thou leadest me it is thou, the same, the one companion of my endless life
who ever linkest my heart with bonds of joy to the unfamiliar.
When one knows thee, then alone there is none, then no door is shut.
Oh, grant me my prayer that I may never lose
the bliss of the touch of the One in the play of the many.

That is exactly how I feel as I sit down to write my first ever blog post. It is only possible for a great poet like Rabindranath (Nobel Prize for Literature, 1913) to explain it in this way. It is amazing how Rabindranath managed to express the different feelings of human life.

Rabindranath has had a major influence on my life. Very often I look to his words to express my feelings.

I grew up in his home town of Santiniketan – “the abode of peace.” My grandfather Shibdas Roy joined the school set up by Rabindranath in Santiniketan. He was a very good singer and a musician. Thanks to his singing, he was one of Rabindranath’s favourite students. He became an honorary teacher at the China Bhavan, teaching English to Tibetan monks.

Years later still, it was my grandfather who took me along and enrolled me in Rabindranath’s school. I was lucky enough to grow up in such a wonderful, artistic and open air environment.

From time to time, I feel like sharing different things with those around me with similar interests. That’s why I decided to start this blog.

People often ask me about Tagore dance, Manipuri dance, our Tagore dance film trilogy, Indian cooking and my Indian dance workout. However, I don’t usually have the opportunity to give a complete answer. I hope my blog will provide at least more of the answer.