A tribute to my dance guru, the legendary K Jatindra Singh (Jitenda) 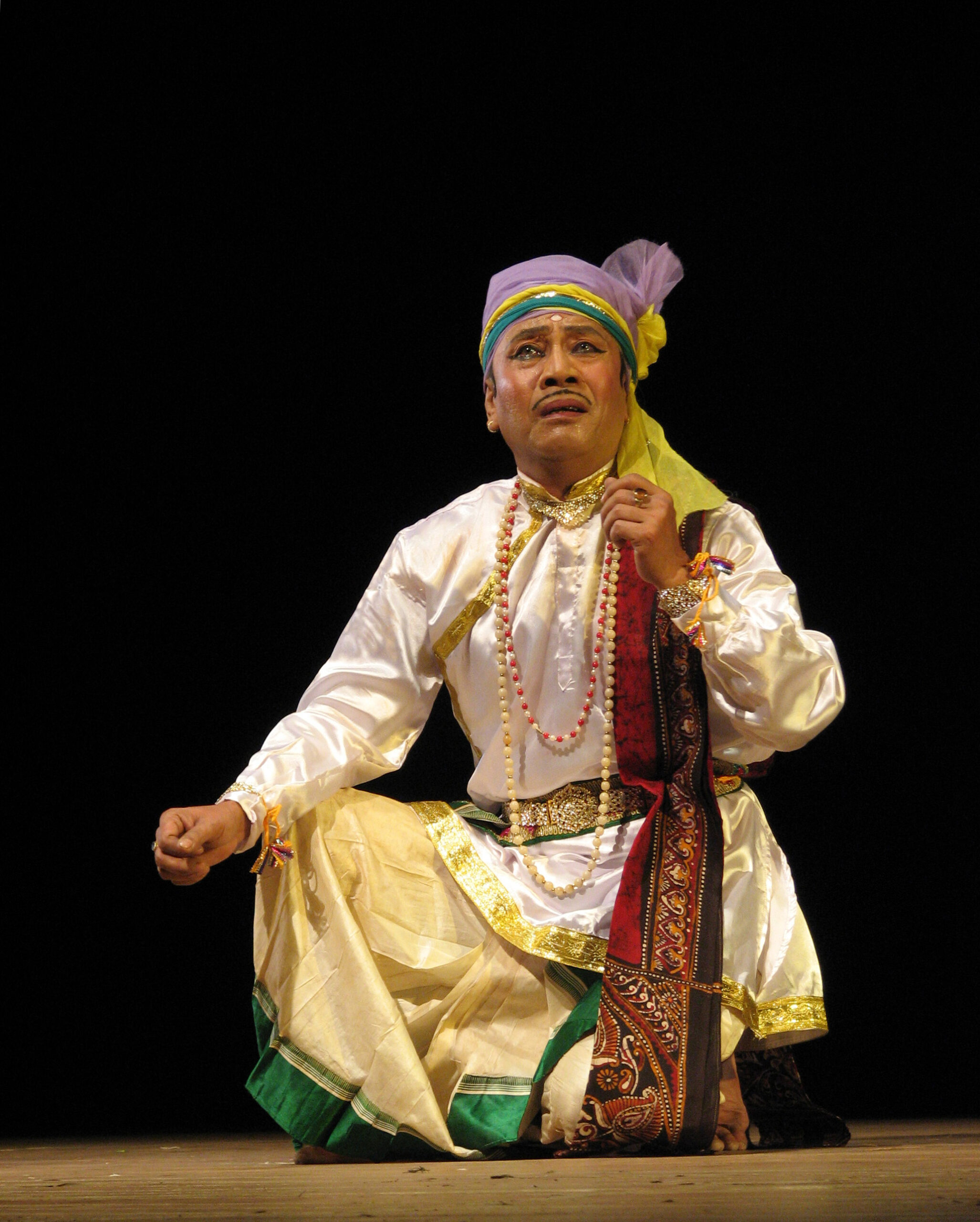 I was saddened to hear on Monday that Jitenda had passed away. I had last seen him in early March, while he was in Pearson Memorial Hospital in Santiniketan. He had been suffering from cancer but he was such an active person that I imagined that he would recover soon. He was 72.

While I was at Patha Bhavan, my parents arranged for me to have private Manipuri dance classes from Jitenda. From the first day, I realised two things:

The lessons would start at 8am on Wednesday mornings, when school was closed. Not at 8.01am or even at 7.59am. He maintained that insistence on timeliness to the end: he had predicted some days earlier that he would pass away on Monday.

Jitenda was an all-round artiste. He had a uniquely subtle dance style. Often, we say that people have magic in their hands. Jitenda had magic in his feet. When he danced, it would look as if he was dancing on air and that he was weightless.

Jitenda became famous for performing as Kamdev (Modon) in Chitrangada and as Uttiyo in Shyama. He had mastered a way of syncopating the rhythm to complement the percussion with his feet. This was one of his special techniques.

Not only could he dance but he could also sing, make Manipuri dresses and stage decoration, as well as cook Manipuri and other dishes. He was always very particular about presentation.

I was very fortunate to have been able to learn these talents from him, including his showmanship. In parallel with learning Manipuri dance from Jitenda, through performing Tagore works on stage at various events under his guidance, he also taught me Tagore dance. He also taught me various folk dances and the songs with which they were performed.

Later, after I received my MMus in Manipuri dance, I was awarded the National Scholarship for Manipuri dance in 1994-1996 and Jitenda was my guide. When I started to work on my doctoral thesis on Tagore dance, Jitenda was again one of my supervisors. By this time, he had become a Professor of Dance at Visva-Bharati.

I accompanied Jitenda to various workshops, both in India and outside India. We performed Tagore’s Shyama, Chitrangada and Chandalika several times, as well as Bhanushingher Padabali, Basanta and Shaapmochon. We also performed Manipuri Ras and various Indian folk dances.

When we decided to make a film version of Shyama, we were fortunate that Jitenda agreed to be the dance director, as well as performing the role of Uttiyo. We filmed Shyama at the Gitanjali Hall near Santiniketan in January 2007. It was a memorable experience for all of us, although it proved to be the last time we would work together professionally. In the extended clip from Shyama below, we see the duet between Uttiyo and Shyama during which Uttiyo offers to be executed in the place of Bojroshen, with whom Shyama has fallen in love.

On a personal level, having known each other for over 40 years, Jitenda and I were almost like father and daughter. Of course, that meant that we also quarrelled occasionally! Sometimes, days would pass when we would not talk to each other. Then we would be back in touch again for the next rehearsal or performance.

I keep remembering how he taught me my first Manipuri dance steps as a child.

2 thoughts on “A tribute to my dance guru, the legendary K Jatindra Singh (Jitenda)”