Last weekend, as in previous years, we marked the birth anniversary of Nobel laureate Rabindranath Tagore at Shakespeare’s Birthplace in Stratford-upon-Avon. Our theme this year was the centenary of the publication of Nationalism by Tagore. You can watch our half-hour presentation in the video above.

In these essays, Tagore warned of the harm which he believed Nationalism could cause to humanity. 100 years later, his warnings appear to have been prescient and have a new relevance today.

I had included some of his observations in my previous post about the assassination of the British Labour MP Jo Cox a few days before the Referendum on Britain’s membership of the EU. For the 10 months since the marginal victory of the Leave campaign, the politicians who argued for it have avoided spelling out how exactly they plan to deliver their ‘have cake and eat it‘ promises.

Only this morning, in his 13-minute interview with Robert Peston, Britain’s Brexit Minister David Davis revealed the extent of the delusion he is under. He seems to be blissfully unaware of the speech by the EU’s chief negotiator Michel Barnier just over a week ago in Florence about ‘Protecting Citizens’ Rights in the Negotiations with the UK‘. He also seems to have no understanding of trade negotiations … .

Still, let us not worry about this, Theresa May invites the people of the UK to put our faith in her ‘strong and stable leadership‘. This after the UK’s National Health Service came to a grinding halt on Friday due to a cyber-attack using vulnerabilities found by the US NSA.

Theresa May seems simply to have taken over the populist mantle of the UK Independence Party, emphasising the need to control immigration into the UK (and reject trading with the rest of the EU). Her ‘battle bus’ has ‘Theresa May: For Britain’ emblazoned on it and she has been meeting pre-selected voters and journalists who have had to submit their questions in advance.

In the modern era, nationalism has become popular in several countries. Fake news, and the money behind it, has played a major role in this, including in the UK Referendum. Claudia Cadwalladr’s investigation has linked the main Leave campaigns to a US billionaire who also financed Donald Trump’s campaign. It remains to be seen whether the Tactical2017 campaign will be able to counter this.

As we have seen recently in France, the debate is no longer between left and right but between the Nation and the world. In the French Presidential elections last Sunday, the people of France clearly preferred the internationalist view of Emmanuel Macron to the nationalist view of Marine Le Pen. 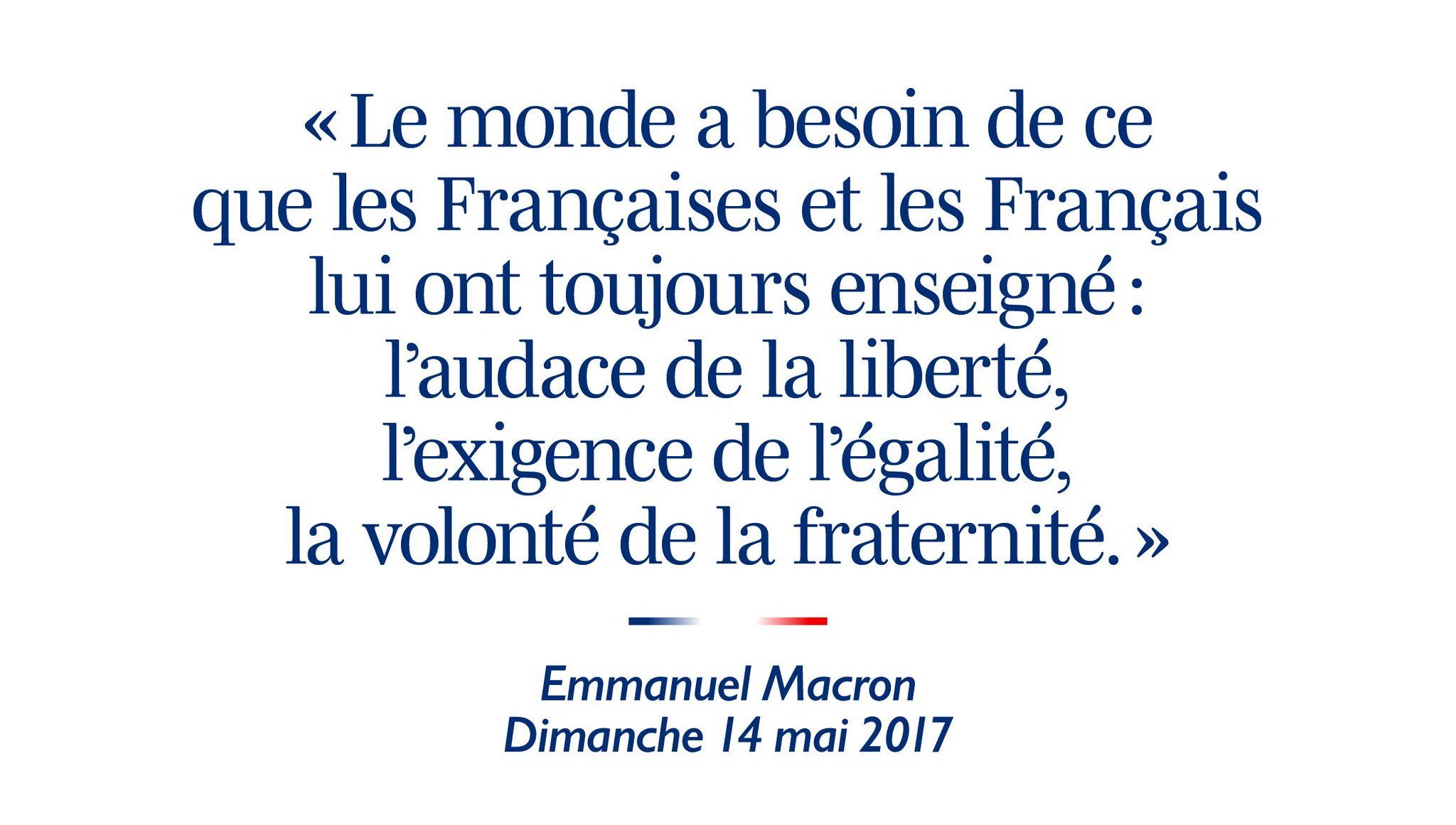 Of course, there is still an underlying problem which the populists have been playing on: many ordinary people have not seen the benefits of globalisation. Remarkably, globalisation was something Tagore had predicted a century ago in his speeches on Nationalism. He also suggested that the way to avoid the world being “broken up into fragments by narrow domestic walls” could come from India’s experience.

The whole world is becoming one country through scientific facility. And the moment is arriving when you also must find a basis of unity which is not political. If India can offer to the world her solution, it will be a contribution to humanity. There is only one history – the history of man. All national histories are merely chapters in the larger one. And we are content in India to suffer for such a great cause.

European nationalists, not to mention Donald Trump, were hailing the result of the UK Referendum as the beginning of a domino effect leading to the disintegration of the EU. Fortunately, since then, the voters of other EU Member States rejected the advances of eurosceptic populists, as Thomas Taylor’s cartoon illustrates.

In his TED talk ‘Why Brexit happened – and what to do next’, social scientist Alexander Betts explains that this was behind the way people voted in the UK Referendum.

Canadian Prime Minister Justin Trudeau attributes his election success to having identified some years ago that ‘Globalisation isn’t working for ordinary people‘. Similarly, France’s new President, Emmanuel Macron, campaigned for a clear diplomatic policy to make France an independent, humanist and European power. In his inaugural speech earlier today, he said “We will need a Europe that is more efficient, more democratic and more political, for it is the ultimate instrument of our sovereignty.”

Macron’s call for France to be a humanist power echoes Tagore’s most famous poem from the English Gitanjali:

Where the mind is without fear and the head is held high
Where knowledge is free
Where the world has not been broken up into fragments
By narrow domestic walls
Where words come out from the depth of truth
Where tireless striving stretches its arms towards perfection
Where the clear stream of reason has not lost its way
Into the dreary desert sand of dead habit
Where the mind is led forward by thee
Into ever-widening thought and action
Into that heaven of freedom, my Father, let my country awake.

Here is the French version recited by Arlette Schreiber for our multilingual Story of Gitanjali at the world premiere of our film version of Chitrangada in 2012: